We are delighted that Sixth Form student Evan Johnson-Charteris has successfully completed and has been a standout in the University of Reading ‘Scholars Program’. The program had to adapt to the coronavirus lockdown and go online to a Summer School model. However, the same aim to provide students with practical support and experience to begin their Higher Education journey still ran true. With the involvement of leading academics in multiple subject areas from both within the University and out, the program offered a plethora of opportunities for participants to really engage in their preferred subject and university life as a whole.

Before lockdown, Evan visited the University of Reading for a second time in February. This second day involved each separate subject going off into their departments and having subject specific activities to do throughout the day. I asked Evan what this involved for his strand and he said, “we had a film lecture with one of the film professors at the university, Dr Evan Hayles Gledhill, where we were taught about the use and build up of tension in film. After that we spent the day planning, filming and then editing our short films, using what we were taught and with various restrictions placed on us, like mandatory props and location, as well as only one piece of dialogue.”

To end the day, the groups all watched each other’s films in a specially designed cinema room in Minghella Studios. He said, “It was interesting to see other people’s approach to the same problem, as well as to see how our teamwork paid off and made our short film a massive hit.”

Despite the programme being online, when asked about how this was Evan said, “I really enjoyed doing the Reading Scholars Summer School and I continued to be impressed by the efficient organisation and the human approach of the leaders of the program, Tom Woolmer and Rosie Clarke.”

Evan participated in a wide range of activities during the Summer School, including but not limited to: Film, Theatre and Television (FTT) lectures, subject taster sessions, society taster sessions, a range of university information sessions on topics ranging from university accommodation to studying abroad, as well as social events to connect with people from various other strands.

Evan was offered a place on the FTT strand in the initial Reading Scholar’s program, and has since done this same subject for the subsequent Summer School. I asked Evan how the FTT strand was and he said, “the film strand was run really well, with the lectures being really interactive and engaging to participate in. The Summer School allowed me to further connect with my various friends I had made from my two visits at Reading, as well as getting to delve deeper into a short film project”.

Evan said how the short film project was dictated by a very specific brief: the title, “Crisis”, only one speaker of dialogue, the use of a single shot and the use of one prop. He further explained that these restrictions really helped get the best out of him, and the challenge made him think both outside the box and pragmatically.

When asked if he would recommend the program to the current Year 12, Evan said, “yes definitely! It was an amazing experience that has really opened my eyes to higher education and helped me figure out what I want to do in the future. Not to mention the great friends and interactions with professors I had along the way!”

We are also extremely pleased to announce that at the end of the program Evan got a 2:1 grade for the project, getting a First in Camera Angles. Evan also received special plaudits from his strand for his engagement in the project and the high quality of his final project. We are extremely proud of this as it displays our fundamental values in action; Excellence, Resilience and Aspiration. 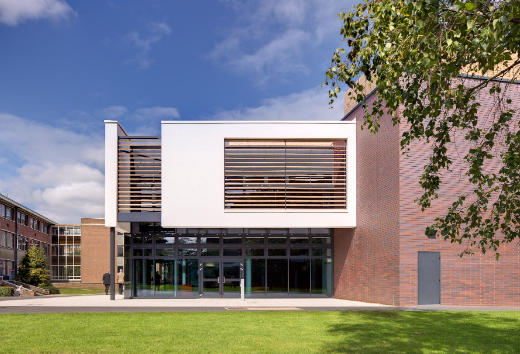